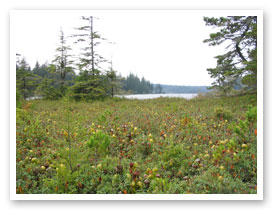 Wetland and Hydric Soils of Oregon: Compiled by ORBIC and The Wetlands Conservancy and available from the Oregon Spatial Data Library, this data layer includes all currently available mapping by NRCS, supplemented with wetland soil and wetland habitat mapping by the USDA Forest Service and Weyerhaeuser Company. More detailed information about the NRCS map units in this layer are available from the NRCS Digital Soils Mapping for Oregon. Portions of Wheeler, Crook, and Malheur counties are not yet available. NRCS coverage generally excludes National Forests, but includes BLM lands.