Amenities, on the other hand, are things that contribute to one's physical or material comfort, or are features that increase the attractiveness or value of a place. The same natural resources that have provided our traditional economic base also provide our state with high levels of natural amenities - clean beaches, hunting and fishing opportunities, forests to hike in, the view of green farmlands, and clean rivers for recreating in. As the national population grows and spreads, communities with high levels of natural amenities are increasingly seen as desirable locations to visit, live in, or retire to. This more passive use of our natural resources - the beauty around the state that drives tourism and recreation - has become increasingly important economically.

Oregon's traditional natural resource use has been featured in many books, movies, and articles. More recent research has attempted to quantify and understand the role that amenities have played in economic growth and local well-being.

The Case of the Pacific Northwest: Recent Drivers of Economic Growth 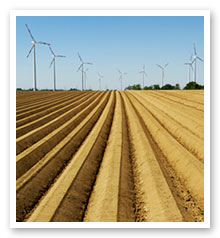 "This chapter presents an empirical study that evaluates the effect of natural amenities, accumulated human and physical capital, and economic geography on migration and the growth of employment and income in the Pacific Northwest. Thus region offers a good laboratory for studying the issue because many of its remote and rural counties are rich in natural amenities but poor in economic performance...

"Results show that the spatial distribution of human capital is a major factor affecting migration patterns and employment growth. Locations with more accumulated human capital attract firms and tend to have higher rates of growth in employment...

"Natural and social amenities also play a significant role in shaping the spatial patterns of migration and economic growth. Counties with superior natural amenities, larger shares of government expenditure on education, and higher homeownership rates attract migration...Rural counties tend to have lower income growth rates and higher out-migration rates than metropolitan counties. These findings add to the increasing volume of empirical evidence that natural amenities and human capital are major drivers of migration and economic growth.

Is your area a 'resource dependent' community? What are the local trends in farming and forestry?

You can use the Oregon Communities Reporter  to explore natural resource use across the state with the following variables: