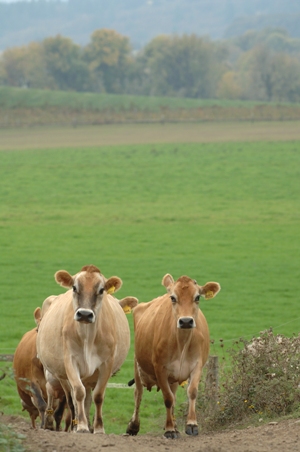 Milk is Oregon's official state beverage and its third-largest agricultural commodity, with dairy farmers grossing an estimated $415 million in sales in 2011. The state's dairy industry contributes more than $1 billion to Oregon's economy each year thanks to its approximately 350 dairy farms and 120,000 dairy cows.

Dairy farms, large and small, can be seen chiefly up and down the Oregon coast. While fluid milk is still this commodity's top product, Oregon is gaining world recognition for its specialty cheeses and other value-added products.

According to Lisbeth Goddik, an OSU Extension dairy specialist, "Artisan cheese makers can earn a lot more money per pound for their milk if they make it into cheese on the farm, rather than sell milk to a co-op. Plus, having artisan cheese makers in Oregon can improve the entire Oregon cheese industry by improving the image of Oregon's cheeses as a whole." 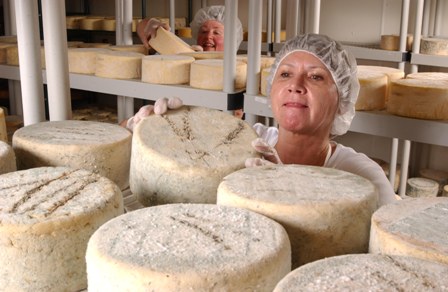