The Impact of Classifications

Classifications provide a means to easily and concisely communicate a lot of information in a brief way, by focusing on similarities between items. When studying rural places, classifications often highlight an area's social or economic characteristics, providing information and data to policy makers, public officials, concerned citizens, and researchers. A major source of classification data that applies to rural areas is provided by the Economic Research Service of the United States Department of Agriculture. Classifications developed by the ERS include ones that focus on an area's economic and social characteristics, and geographic context. These characteristics and context play an important roles in an area's development.

Of course, classifying something is not an easy process, and the resulting classification scheme is not without drawbacks. The very act of classifying things means drawing a line between two groups of objects - farming-dependant and non-farming-dependant counties, for example. This dividing line, while informed through research and analysis, is still ultimately a judgement call. Although there's often room for debate as to the extent to which any one classification captures the true nature of what is represented in the title, they still provide a useful lens with which to compare and analyze features of rural areas.

Many economists and geographers point to high-tech firms, research and development (R&D) activity, and patents as sources of new economic growth, but regional scientist Richard Florida focuses on people, arguing that the knowledge and ideas requisite for economic growth are embodied in occupations involving high levels of creativity. These occupations constitute the 'creative class,' the ultimate source of economic dynamism in today's 'knowledge economy.' 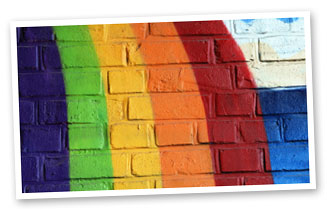 The geographic mobility of the creative class is central to Florida's thesis. He argues that people in these occupations tend to seek a high quality of life as well as rewarding work, and they are drawn to cities with cultural diversity, active street scenes, and outdoor recreation opportunities. Good local universities alone will not lead to local economic dynamism as graduates may move to more attractive places upon obtaining their degrees. In this context, the key to local growth is to attract and retain talent, as talent leads to further job creation...

Second, the analysts screened out as many occupations as possible that typically require high levels of creativity (such as schoolteachers, judges, and medical doctors) but whose numbers are proportional to the residential population they serve. These refinements resulted in an estimated creative class share of the workforce of 21 percent in 1990 (23 percent in metro areas and 14 percent in nonmetro areas)...

In 2000 (as in 1990), about 260 or 11 percent of nonmetro counties ranked as creative-class counties. Regional differences are more pronounced than with metro creative-class counties; New England and the mountain areas of the West have higher shares of rural creative-class-counties than the Midwest and South. Consistent with the thesis that quality-of-life considerations strongly motivate the creative class, counties high in natural amenities are most likely to be creative-class magnets...

The creative class was highly associated with growth in rural areas in 1990-2004. Other nonmetro counties grew relatively slowly in the 1990s, but creative-class nonmetro counties tended to gain jobs over the period at a faster rate than their metro counterparts...

What kind of county do you live in? Do you think of it as metropolitan or non-metropolitan? Do you think it qualifies as a 'creative class' county? What about housing stress - is that a problem? What other characteristics about your county might these classifications suggest?

Links to additional sources of information about classifications

You can use the Oregon Communities Reporter and Advanced Mapping Tool to explore social and economic classifications of a county by using the following variables: