The SageCon Ecostate Time Series maps provide a spatial depiction of rangeland condition across public and private land in eastern Oregon. These maps are based on the principles of Threat-Based Land Management (Johnson et al 2019) as a framework to identify and address the primary threats to rangeland ecosystems in eastern Oregon, and are widely used by the SageCon Partnership. Rangeland condition is described by ecological states (ecostates) that express current vegetation composition and level of threat from wildfire, invasive annual grasses, and juniper encroachment based on the cover of key rangeland functional groups and the severity of threats present. Change over time is captured from circa 1990 to present, with the intention to update maps each year. 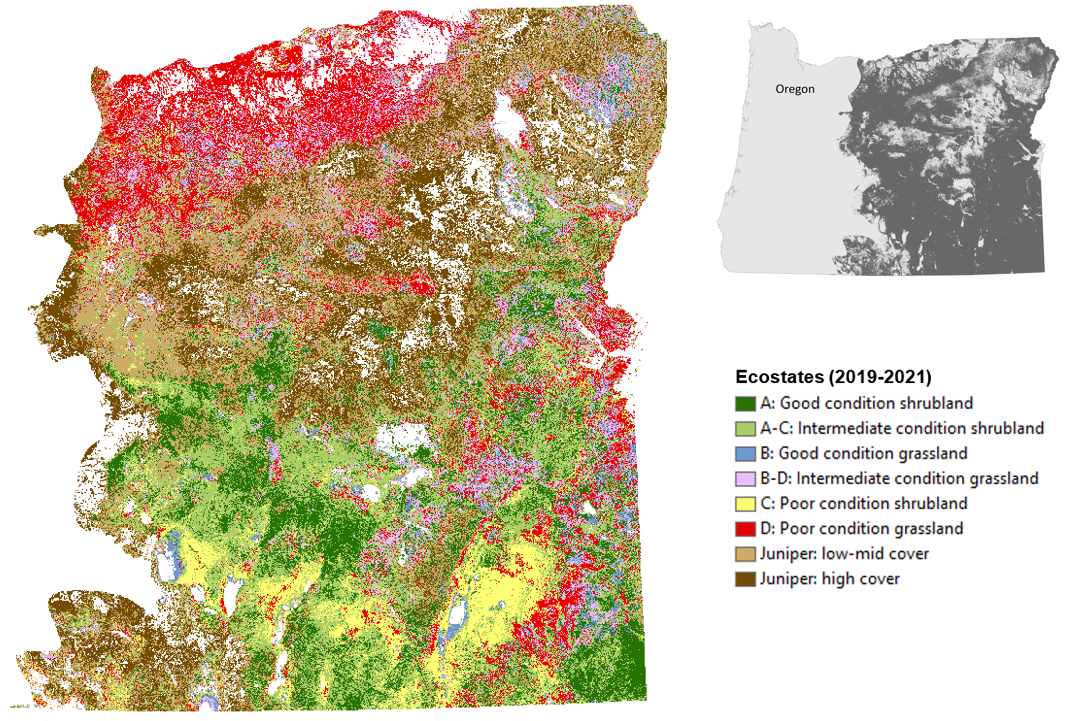 The current Ecostate Time Series maps (version 3) consists of a set of 31 maps representing 3-year averages from 1989-1991 to 2019-2021 (the most current time step available as of early 2023). These maps can be used as a recent snapshot of ecosystem condition, with planned annual updates over time, and also allow us to track trends over time. Because they represent 3-year time slices, these maps are not appropriate for detecting year-to-year changes, but are intended to capture landscape-level change on medium to long time frames, such as depicting long-term trends as shown below or evaluating post-fire recovery or treatment effectiveness over >5-10 years.

For more details see the threat based ecostate mapping description.

The most recent ecostate map (and other data layers) can be viewed, summarized and downloaded from the SageCon Landscape Planning Tool.