Definition of "wetland" from the 1800s: Damp, insect-ridden, often foul-smelling and mysterious area of muddy soils and relatively still water where strange and different animals and plants reside.

For much of our nation's history, wetland descriptions like the one above formed our perception of wetlands as disease-ridden, sinister wastelands. With the help of government programs, we drained, ditched and filled wetlands to convert them to more productive uses, and we were highly successful. In California, for example, nearly 90 percent of original wetlands are gone. In Oregon, about 38 percent of our wetlands have been converted.

Finally, we realized that as wetlands disappeared, ducks and geese disappeared as did many of the strange and different animals and plants that reside only in wetlands. Researchers also discovered that wetlands provide many valuable ecological functions and social benefits, such as flood control and water quality improvement. Today, learning from our mistakes, state and federal programs are turning their efforts toward wetland protection, wetland restoration, and comprehensive watershed management. Similarly, citizen groups are springing up to spearhead local efforts to restore neighborhood streams and wetlands, and educate citizens about the services that wetlands provide the community. 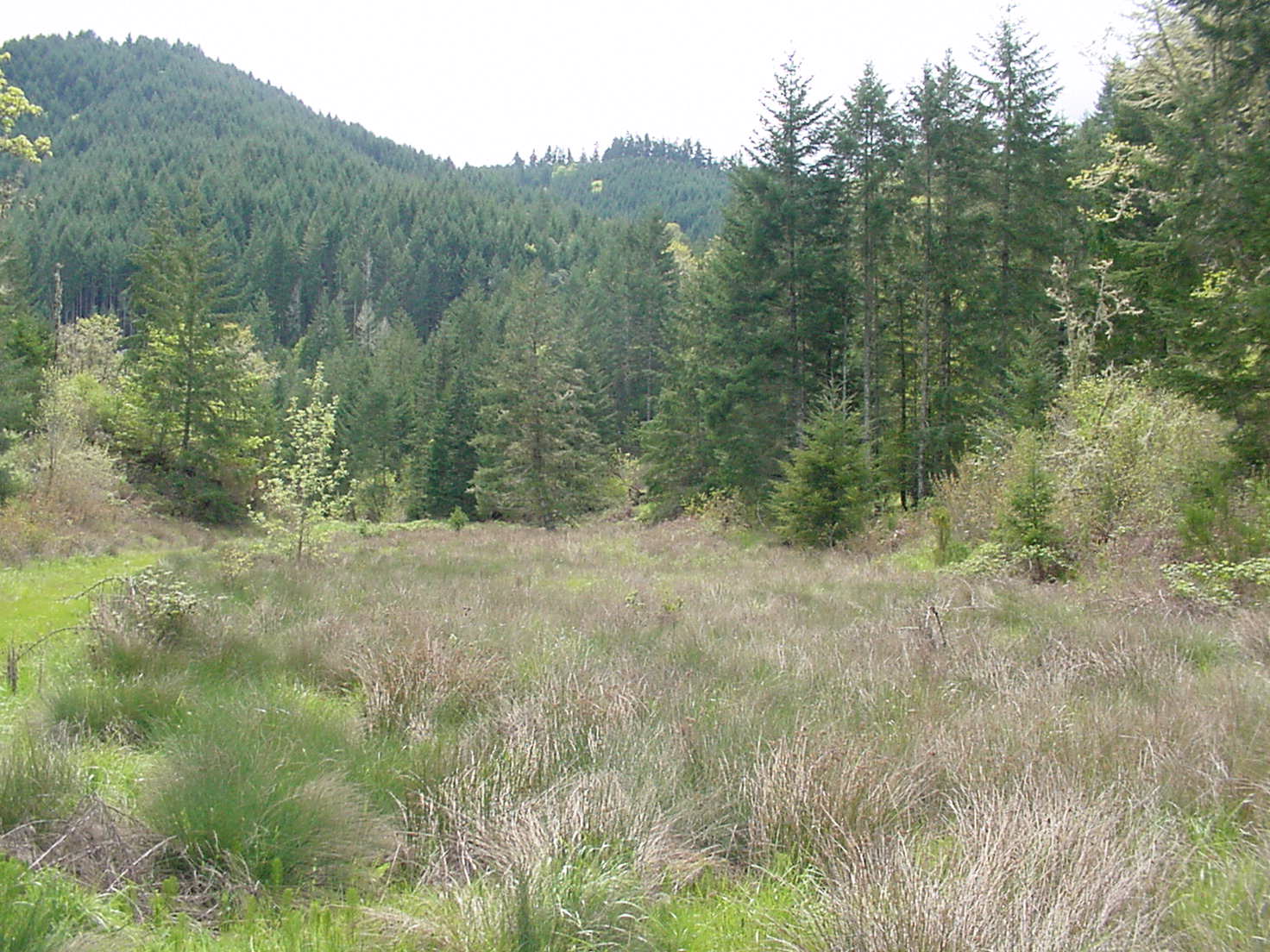 The many functions that wetlands provide make protection, restoration, and wise management of wetlands important to landowners and the general public. Many functions and values: notably wildlife habitat, water quality improvement, and flood storage, are public trust values that extend beyond property boundaries.

Not all wetlands fit the "cattails and standing water" image many people have of what a wetland looks like. In reality, Oregon's wetlands are as varied as its landscapes. They range from tidal salt marshes and red alder/skunk cabbage swamps along the coast to seasonal prairie wetlands in the interior valleys; from Oregon ash/slough sedge swales in old river channels to willow-choked ravines; and from lake margins thick with bullrushes to mossy mountain fens. Because wetlands are so varied, wetland identification is sometimes tricky. Seasonal wetlands, the most common, are very dry by mid-summer. Also, many wetlands have been greatly altered by activities such as farming and no longer "look like" wetlands.

Although there are many types of wetlands in Oregon, they share three essential characteristics. Most important is an abundance of water. Whatever the water source,high water table, rain water &lsquot;perched&rsquot; over impervious layers in the soil, frequent flooding, or groundwater seeps, prolonged saturation is what creates the wetland.

Saturated soils form distinctive, visible physical characteristics and are called hydric soils. Most often, these saturated conditions support a plant community dominated by hydrophytes,plants that have special adaptations for life in permanently or seasonally saturated soils.

However, plants have varying degrees of specialization. Some species adapt readily to a wide variety of conditions (weeds are prime examples), while others are specialists and thrive in a very specific habitat. For this reason, some plant species are better indicators of wetlands than others. The U.S. Fish and Wildlife Service has compiled a list of thousands of plants that grow in wetlands. Each species is given a wetland indicator status based on the frequency with which it occurs in wetlands. For example, skunk cabbage is an Obligate Wetland species and is found only in wetlands. Facultative-Wetland species occur in wetlands 66%-99% of the time; they are found in either permanent or seasonal wetlands and can be used to help identify seasonal wetlands during the dry time of year. Facultative plants are often generalists, they occur in a wide variety of sites, including wetlands, and are especially common in areas disturbed by farming, grazing, or other activities. Facultative-Upland species are found in wetlands 33%-66% of the time, so they are the least reliable plant "indicators" of wetlands. 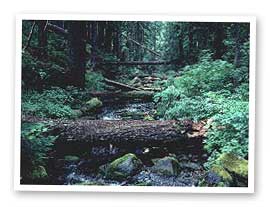 Riparian habitat occurs along watercourses and water bodies. It is distinctly different from the surrounding lands because of unique soil and vegetation characteristics that are strongly influenced by free or unbound water in the soil. Riparian ecosystems occupy the transitional area between the terrestrial and aquatic ecosystems. Typical examples would include floodplains, streambanks, and lakeshores. According to the Oxford English Dictionary, the term "riparian" is derived from the Latin word ripa, meaning river bank.

Typically, riparian areas are more structurally diverse and more productive in plant and animal biomass than adjacent upland areas. Riparian areas supply food, cover, and water for a large diversity of animals, and serve as migration routes and connectors between habitats for a variety of wildlife.