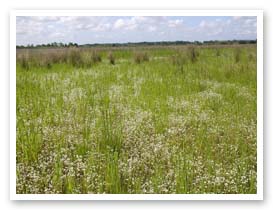 Wetlands are among the most important ecosystems on earth. Vital to our lives, these wonderfully complex habitats store, clean and filter our water, prevent soil erosion, and control flooding. They provide rich habitat for thousands of species of birds, fish and mammals. And they are indescribably beautiful. They are also, in effect, natural libraries that contain information on climate, history, adaptation, and evolution embedded in peat, muck, clay, and silt.

Historically, people did not recognize the value of wetlands. Many regarded them as "wastelands", barriers to development, and breeding grounds for mosquitoes, insects and disease. Considered useless, wetlands were too shallow to swim in and too wet to farm. They were drained, filled, and paved over for other uses.

Statistics for Oregon also are staggering. Agriculture, commerce and other development have supplanted more than 86 million acres of former wetlands. Statewide, about 1.4 million acres of wetlands remain2 percent of Oregon's total land surface. In the Willamette Valley alone, more than 500 acres of wetlands are lost each year, according to the Oregon State of the Environment Report (2000). Shorebirds, waterfowl, fish and other wildlife depend on wetlands for survival. As wetland habitat is destroyed, the number of species threatened with extinction increases. Gone are many of the species that inhabited these lost wetlands, elevating the importance of Oregon's remaining wetlands to people and the environment. Migrating birds, for instance, may be forced to change traditional migration routes when a wetland is destroyed. Similarly, other species must adapt or die because of the loss of critical habitat.

Even as our appreciation of wetlands grows, they continue to be filled, dredged and drained. The state's removal-fill permitting process has greatly reduced but not eliminated the loss of wetland acreage in Oregon. Despite a decrease in the rate of loss, ongoing development and land use continue to threaten and degrade these habitats. (Oregon State of the Environment Report 2000).

Invasive species, urban and agricultural runoff, and continuing land development threaten the health of these systems. Existing wetlands are threatened by a number of stressing factors, which degrade their health and impede both functions and values. Projected climate change will impose additional stresses, the effects of which are still unknown. 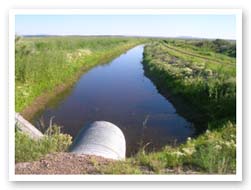 Why Care about Wetlands?