The Summer Lake watershed is a very large watershed located in central Lake County that contains Summer Lake, an important geographic and hydrologic feature of the watershed. The lake is the terminus of the watershed's main stream, Silver Creek. The lake itself is approximately 20 miles long and 10 miles wide. Summer Lake, along with Lake Abert to the southeast, is the only remaining remnants of Lake Chewaucan, which covered the area during much of the late Pleistocene Era about 13,000 years ago. As the lake dried out, the exposed bottom sediments were deposited by the wind on the east side of Summer Lake, where they can be seen today. 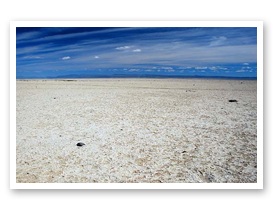 Several restoration projects are ongoing in the watershed. One such project involves the wildlife refuge, which is located on the north end of Summer Lake. Each spring and fall the refuge hosts hundreds of thousands of shorebirds and waterfowl as they migrate along the Pacific Flyway. In an effort to enhance the wetlands that are so important to these birds, the Oregon Department of Fish and Wildlife teamed up with Ducks Unlimited, the U.S. Department of Agriculture Natural Resources Conservation Service, Oregon Hunters Association, and North American Wetlands Conservation Council to enhance nearly 1,000 acres of seasonally flooded habitat. The project, completed in 2005, involved improving the efficiency of the waters management and irrigation systems in an area called River Ranch. The project has successfully maximized habitat for wetland wildlife.